Reach us on social media

How to get SQL Query Stats in Teradata

Several parameters can help us in understanding SQL Query Performance in Teradata.
I consider AMPCPUTime, TotalIOCount, SpoolUsage as three main parameters to determine SQL Query performance.
Say, you are executing multiple queries in Teradata sequentially. You might think the query which took the most time is weak, but this may not be true for all the cases. However, if you refer to above mentioned three parameters to decide the worst query, you will be correct for most cases.
There are two tables in DBC which give us this required information: DBQLOGTBL and DBQLSQLTBL.
To get SQL Query Stats, you can use the below-mentioned query:

You can add or remove columns per your requirement. However, the ones highlighted are essential parameters for determining any Query Performance in Teradata.
If the AMPCPUTIME is high, you have to tune your query to make sure it performs well.

Three points to consider while running the query mentioned above:

a) You may not see results immediately after running your SQL queries. There are a few minute delays when query information comes to DBQL tables.

b) The query mentioned above may take some time to give output. The reason behind it is the ‘NOT SO PROPER’ Index columns for these two tables. When we check the PRIMARY INDEX columns for both the tables, we observe that the PI is the same. Both the tables have ProcID, CollectTimeStamp as PI. However, the value for CollectTimeStamp can be different for the same query in both the tables. Hence joining by the second column is not advisable. Therefore, you cannot leverage PI ultimately here; thus, the query may need a long time to give results.

c) To get the SessionID, just run SEL SESSION; command in the same session you are running your queries.

So now on, never say that query which took the maximum time is the worst. Fetch the Query DBQL stats and check the worst query yourself. 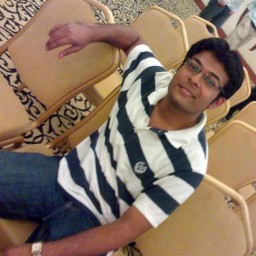 Nitin Srivastava holds engineering degree in Computer Science. He has 5+ years of experience in Teradata SQL Development and Query Optimization. He has worked for Telecom,Health Care, Banking Clients across the globe.

Teradata Table Skew Insight – how it can be misleading